Future of Logistics: Moving at the speed of change

Five years ago, it was possible in logistics to prepare for the future. But when COVID hit, the world was blindsided by a new normal that was anything but. Change was no longer an abstract concept or trendy buzz word used to refer to a comfortable, somewhat distant point down the road. And it was not something that any logistics leadership team had built into the neat prediction charts of their 5-year business plans.

It was sudden, it was urgent, and it was here to stay. Disruption from COVID forced the automotive sector to adapt to a radically new and constantly changing market – and somehow continue shipping things from A to B even if ports and countries were closed. It was acceleration at scale.

Logistics expert talk - how do they see the future?

Here’s what they had to say...

Fifteen years ago, transportation management was about cost efficiency. In recent years, it’s become more about meeting customer expectations. Today, it’s about building resilience in your transportation flows while handling unknown factors. For example, a decision to close Spain’s borders during lockdown means that finished vehicles on a train to Spain have to be offloaded somewhere in France.

“The biggest deal is not solving the problem, but dealing with risks. And then the rest is happening automatically.”
- Hans Dörmann, head quality management vehicle distribution logistics BMW

Meanwhile, the customer still wants to receive them, as much as possible, without delay. Transparency is crucial because deliveries no longer arrive like clockwork. The ETA is at best an estimated guess. This has led to companies shifting from problem-solving to risk management. It isn’t so much as learning from their internal mistakes as it is learning to deal with permanent external uncertainty.

Flexibility is, of course, key in building resilience. So, too, is building a solid network, developing standards, and becoming an expert in not just point-to-point connections, but across the entire network of the supply chain.

Digitalization and tech connect all your supply chain dots

The upside to all this, according to SupplyStack panelists, is that logistics is having its heyday. Suddenly, CEOs are lending an ear to transportation planners to find out how to improve their ways of working through tech. (Did that little birdie just whisper the words automation in that CEOs ear?)

Not only because logistics teams are busier than they’ve ever been, but because there’s been a shift in perspective both internally and in the public space about how transportation management should operate and evolve.

Automation is on everyone’s minds, especially in terms of how it can be used to close the gaps in managing the outbound supply chain: integrating siloed information and sharing data, creating a common set of terms and codes that everyone can agree on, and seamlessly piecing all the different transportation flows together through greater visibility, even if there are parts of the supply chain that are still using tribal knowledge to operate their business.

For those wary that automation will be the death knell of transportation planners’ jobs in the future, it won’t. Rather than see it like the ATM that eliminated bank jobs, think of it like the shift from the typewriter to computer. It led to the creation of more jobs, not slash-and-burn downsizing.

"I had a conversation with a logistics director and he said ‘if my people are not firefighting, they don't feel like they're doing their job well’”
- Nick Poels, SupplyStack CEO

Transportation management is still fundamentally a human endeavour that is powered by people who will be instrumental in determining how the role of a transportation professional evolves and how the tools need to be designed to suit the changing market. It’s simply about changing skill sets. What’s needed now is a change in mindset from the belief that if a transportation planner isn’t running around like a Wall Street stock trader in 1929, then they are going to get fired.

One of the most overlooked sources of value is solving human problems, de-stressing the operation and using the real skills of employees. The new paradigm should be about expertise and only solving exceptions, seeing automation as something to replace tasks that are no longer adding any value.

Put another way: put the typewriters away and start thinking about the endless functionalities of a computer. Or, as SupplyStack CEO Nick Poels says, “take the robot out of the human”. Digitisation is not replacing people, it’s something that people need to get behind and to get leadership empowering their employees to learn these tools.

Visibility is out - Predictability is in

That said, visibility for visibility’s sake offers nothing. It’s what you do with it that counts. Visibility needs to be tied to the transportation management process in order to transform it into something of actual value, such as shifting from problem-solving to prevention.

“Visibility in itself brings you zero value. It’s what you do with it.”
- Nick Poels, SupplyStack CEO

Simply speaking, if visibility is not driving decision-making and the data is not being shared, then it’s useless. Because really, the whole purpose is to get to the point of predictability, to use visibility as an enabler to know what you need to do. Just a few years ago, the majority of people believed that visibility was purely a monitoring activity, not to be used to act upon.

Now, the question is how visibility technology should be applied and how value should be built around it.

Currently, there is a big difference in the automotive sector between inbound and outbound supply chain management. Inbound is a well-oiled machine, a tightly run ship, a smooth operator, partly because if a part isn’t on the assembly line on time, there’s an immediate impact (what, no roof? I didn’t order a convertible!).

“As soon as a vehicle rolls off the production line it sort of disappears into a black hole. We don't believe that's going to fly in the future.”
- Simon White, chief digital officer at Wallenuis Wilhelmsen logistics group

The outbound supply chain is a whole other kettle of fish. Customers want to know where the vehicle is, but many automotive companies aren’t at the point, technologically speaking, where they can provide precise delivery information.

However, this doesn’t change the fact the end customer wants to drive their new BMW off the lot next Friday in time to pick up their husband for their 15-year wedding anniversary. Added to this pressure is the fact that it’s possible to order customised vehicles online. And guess what: the expectations for delivery stay the same (I want it now!), even if from a manufacturing and logistics perspective it becomes much more complicated to deliver (Wait for it!).

Other game-changers are the fact there’s less traditional car ownership and more car usership, and new players in the market due to electrification are changing the value chains.

To end on a shangri-la note, creating trust around data sharing in the transportation process is only possible through creating value for everyone involved. The technology should serve as a basis of trust so that everyone feels comfortable sharing.

To do this, all players need to align and this is still a ways off. With data being such an asset in today’s world, not everyone wants to simply give data to an outside party. The conversation needs to move not just towards “I’ll show you mine if you show me yours” but also “what can your data do for me?”

Want to catch the whole discussion?

You can easily watch it here:

Head of Growth at SupplyStack 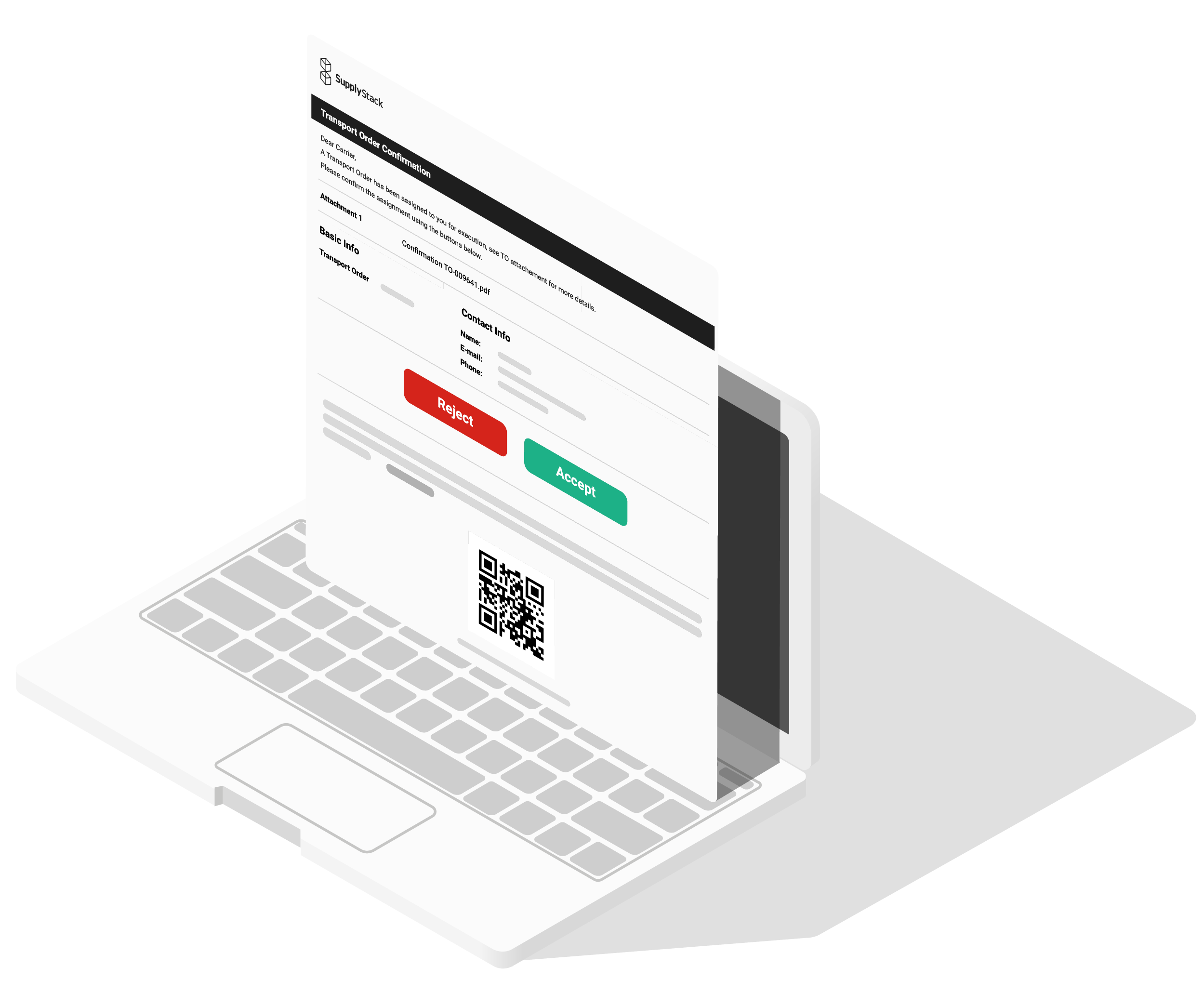 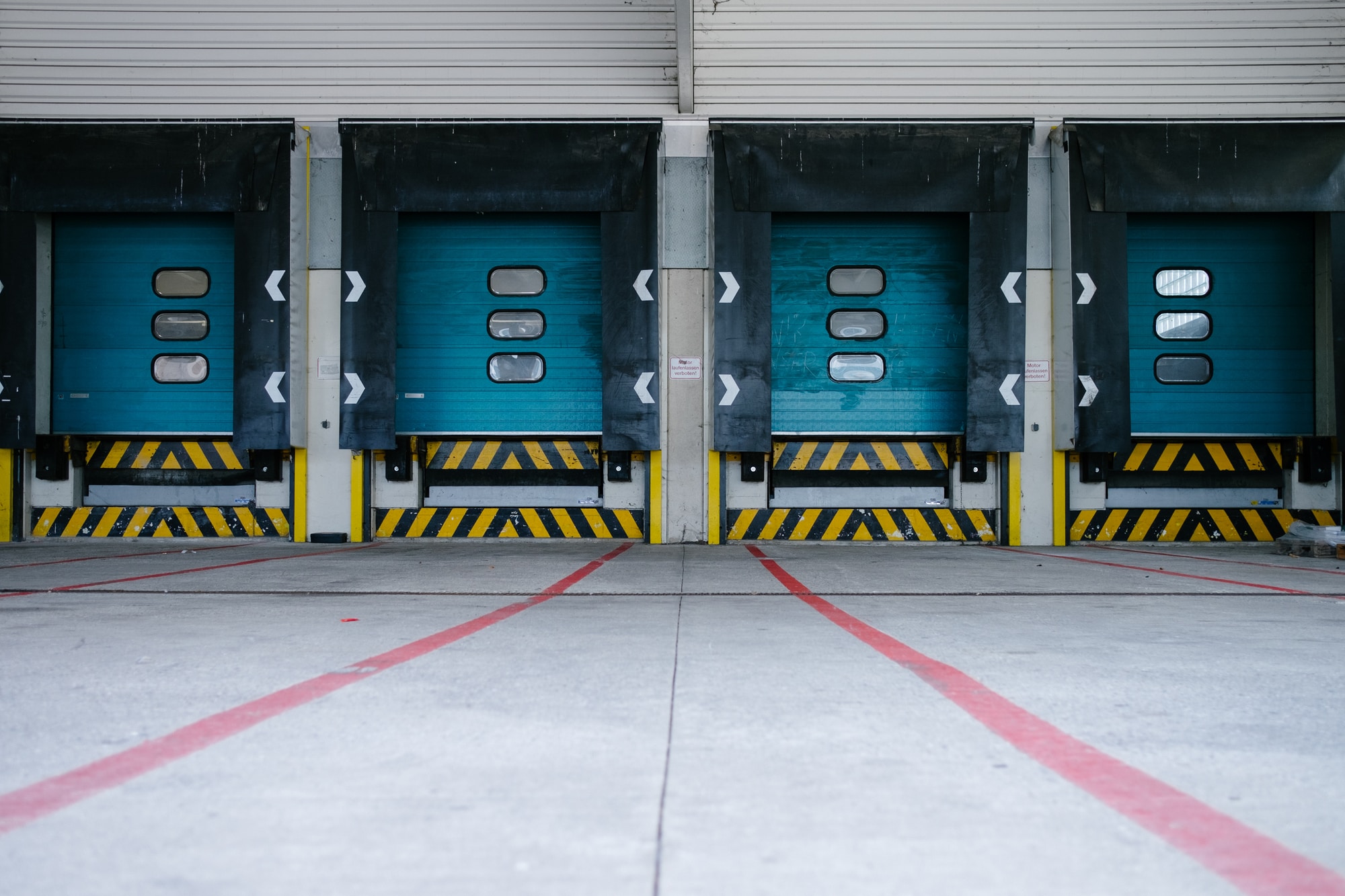